We have been working in silence since we first presented our studio debut project Orwell to you in June 2015. Today, we are proud to present our massive progress since then and finally announce that Orwell will be released in late 2016. With the support of the awesome guys from Surprise Attack Games, who are now working together with us as a publisher for the game, we are delighted to present the official trailer for Orwell:

Big Brother has arrived – and it’s you. Investigate the lives of citizens to find those responsible for a series of terror attacks. Information from the internet, personal communications and private files are all accessible to you. But, be warned, the information you supply will have consequences…

Orwell is a new governmental security program that has the power to survey the online presence of every person in The Nation. It can monitor all personal communications and access any computer. To preserve the privacy of citizens, human researchers examine the data Orwell finds and decide which pieces of information should be passed on to the security forces, and which should be rejected.

Selected from thousands of candidates, you are Orwell’s first human researcher. And when a terror attack rocks the Nation’s capital city of Bonton, Orwell, and you, are immediately put to the test. Starting with a single person of interest, you’ll help the security forces build out and profile a network of potential culprits.

But are these people really terrorists? What does the information you reveal to Orwell say about them? What if you find out things about them that not even their loved ones know? What is the real price of maintaining the security that the Nation is yearning for?

Determine the relevance of information.
Only the information you provide will be seen by the security forces and acted upon. You decide what gets seen and what does not, influencing how the suspects will be perceived.

Secure the freedom of the Nation.
Find the terrorists so the citizens of the Nation can sleep safe, knowing Orwell is watching over them.

Find the game on Steam: http://store.steampowered.com/app/491950

We’re planning to update our progress regularly until the release of the game which is currently scheduled to be later this year. Be sure to follow osmoticstudios or orwell_game (or both) on Twitter. We hope you are as excited about the game as we are making it!

If you’re from the press, we’d be very happy to be able to talk to you about the game. Our Mel will also attend Gamescom, so if you are going to be present there or if you would just like to talk to us about the game, contact press@surpriseattackgames.com.

Please find our the Orwell press kit with basic facts, screenshots and a trailer here: http://www.surpriseattackgames.com/presskit/sheet.php?p=Orwell

1 thought on “Big Brother has arrived – and it’s you” 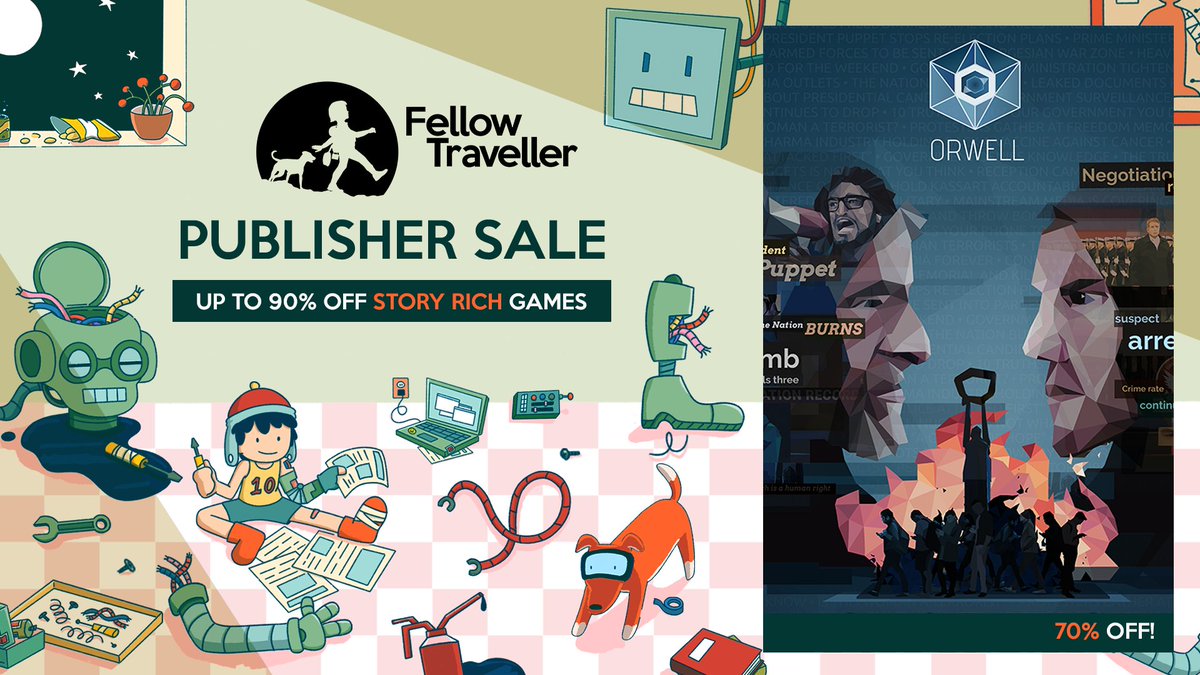