We've teamed up with five amazing games for a bundle putting politics at their very hearts:

Get the bundle on Steam:
https://t.co/1FHewbzgVK
View on Twitter
5
0

Osmotic Studios Retweeted · Orwell's Animal Farm is OUT NOW! @AnimalFarmGame
3 weeks ago
The Keep Your Politics games bundle will stay around but this weekend's double discounts will end tonight. So make sure to get these six amazing indie games about politics at almost half price. 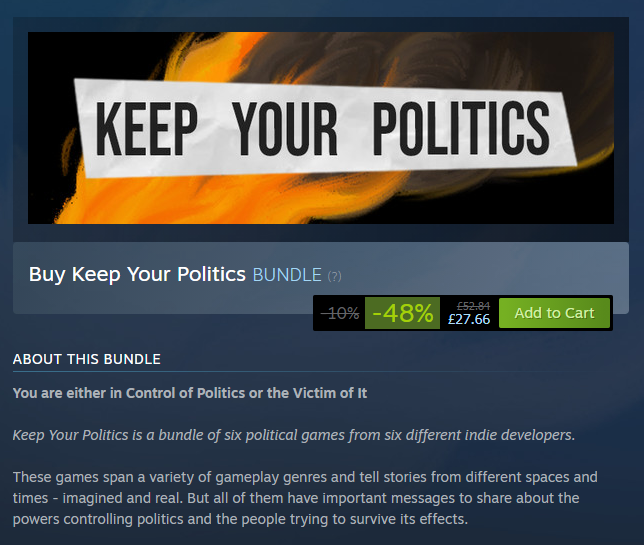 Osmotic Studios @osmoticstudios
3 weeks ago
Love narrative games? ✒️ Watch great panels AND get amazing games at a discount at LudoNarraCon - all live on Steam right now! 👀Powered by our friends at @FellowTravellr! 💪

Osmotic Studios @osmoticstudios
3 weeks ago
It is a bright cold day in April. https://t.co/gw4O3752Ao
View on Twitter

Osmotic Studios Retweeted · Orwell's Animal Farm is OUT NOW! @AnimalFarmGame
3 weeks ago
We are excited to announce the Keep Your Politics bundle: Six political games from six different indie developers.

Buy the bundle this weekend to get discounts across all the games up to 85% off! 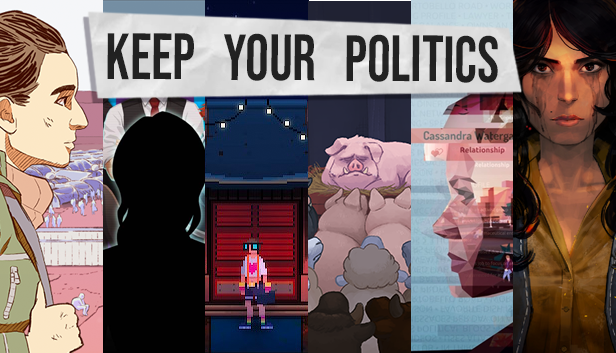 We've teamed up with five amazing games for a bundle putting politics at their very hearts:

This website uses cookies to improve your experience while you navigate through the website. Out of these, the cookies that are categorized as necessary are stored on your browser as they are essential for the working of basic functionalities of the website. We also use third-party cookies that help us analyze and understand how you use this website. These cookies will be stored in your browser only with your consent. You also have the option to opt-out of these cookies. But opting out of some of these cookies may affect your browsing experience.
Necessary Immer aktiviert