Continuing our series “Meet the Orwell Team”, we will introduce a very special person to you today.

What are your favorite games?

Ah yes, that question. Let´s see: the first game I played on my C64 was “Street Surfer”. I still remember the pretty cool music and the sound of drinking an in-game soda. It holds a sentimental place in my heart, but I liked “River Raid”, “The Last Ninja”, “Pirates” or “Mafia” much better. None of my friends owned an early console, so I skipped that chapter until PlayStation (the “Burnout” series, “SSX3”, “Tekken”). Later on the Mac it was tough, since only few games were released for this system (“Heroes of Might & Magic 3”, “Alpha Centauri”, “Baldurs Gate 2”, “Warcraft”), but it got better with the years (“Limbo”, “The Binding of Isaac”, “Travian”). More recently, I turned to mobile games and like “Tiny Thief” or “Trials Frontier”.

In general, I like turn based games and roguelikes, games that have a high replay value and the challenge of figuring out the perfect strategy. There are a lot of great and classic games I have never played … most of them probably. And more and more are released every day with less and less spare hours at hand. Hard times.

What kind of work did you contribute to Orwell?

My task was to design the interface from a prototype state to its final form. The general appearance had to be practical and functional, similar to an operating system, yet entertaining.

At the beginning, quite some time was spent discussing the general layout, possible moods and tool functions. Still, throughout the development, the interface had to adapt constantly in order to match needs for changes in tool behavior or function. Here are some examples of alternative design directions that did not make it for various reasons.

The problem child of the project was the commenting and guiding feature “Symes” – where to place him so that he does not interfere with the flow of the gameplay on the one hand and would not be overlooked on the other. The version that made it into the game is a compromise between these two aspects. He still is a bit of a bugger.

What other projects are you currently working on?

I have been a professional graphic designer for about 13 years. For the last few years I have been working part time for motorsport-clients, mostly from the FIA World Rally Championship (WRC), designing everything from autograph cards to 40-foot-trailers. During the rest of the time in the last few months, I worked on Orwell. Apart from that, I have to write my master thesis in game design – a running gag. As a side project, a friend of mine and I are developing a small one-button-game for mobile that is in its prototype state and I also try to keep my drawing skills up.

Can you tell us more about awesome projects you have worked on in the past?

Gamewise that would be “Scherbenwerk – Bruchteil einer Ewigkeit” (Shardworks – Fraction of an Eternity). Our student team of five spent 1.5 years developing this 3D adventure game around the main character of Kester Featherstone who accidentally ends up switching between two states of existence, being able to manipulate the very layout of the city he lives in and dealing with strange lifeforms while trying to get everything back to normal. It is fairly complicated.

“Scherbenwerk” won four awards including the Deutscher Computerspielpreis (German Computer Game Award) in the category Best Newcomer Concept. My task was concept art, 2D and 3D game art, interface design and graphic design. You can check it out here (German only): https://scherbenwerk.wordpress.com

Find out more about Clemens here:

Available now on Steam (among other places): https://t.co/yWzNfjaeAA
View on Twitter
1
14

Osmotic Studios · 2 months ago
@osmoticstudios
It's *that* time of the year again! Orwell Season 1 and 2 are both on big discounts right now on the Steam Summer Sale ☀️, so go grab a copy for a rainy day 🌧️ (or for whenever you wanna play). 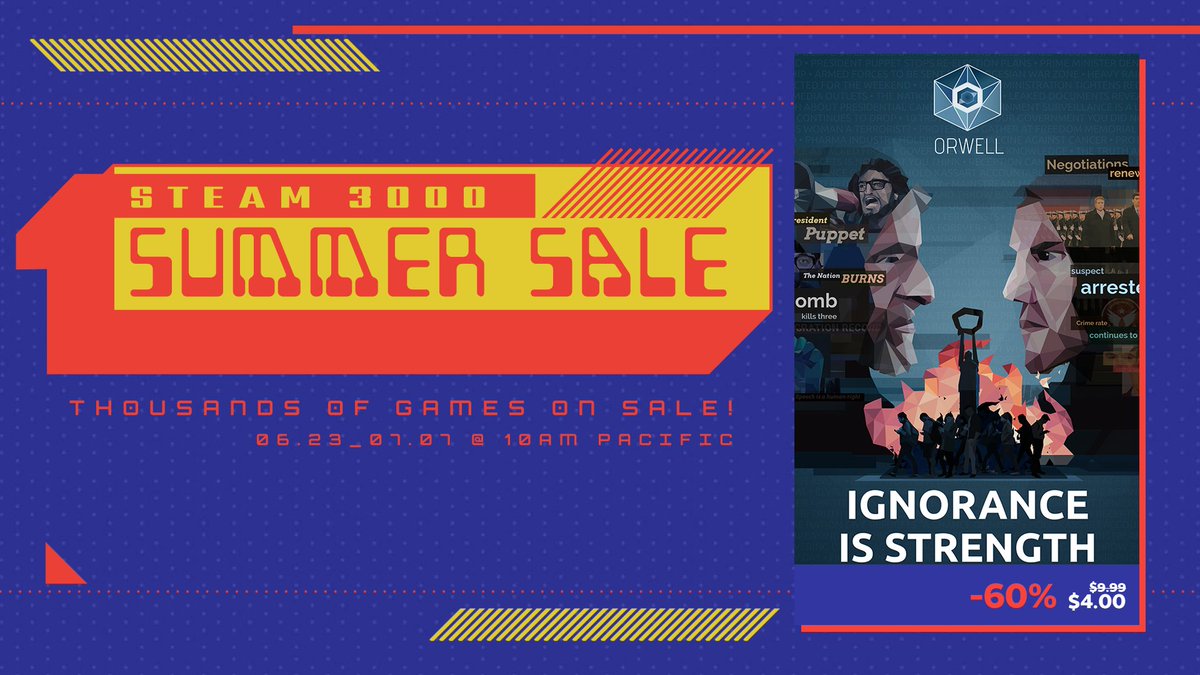 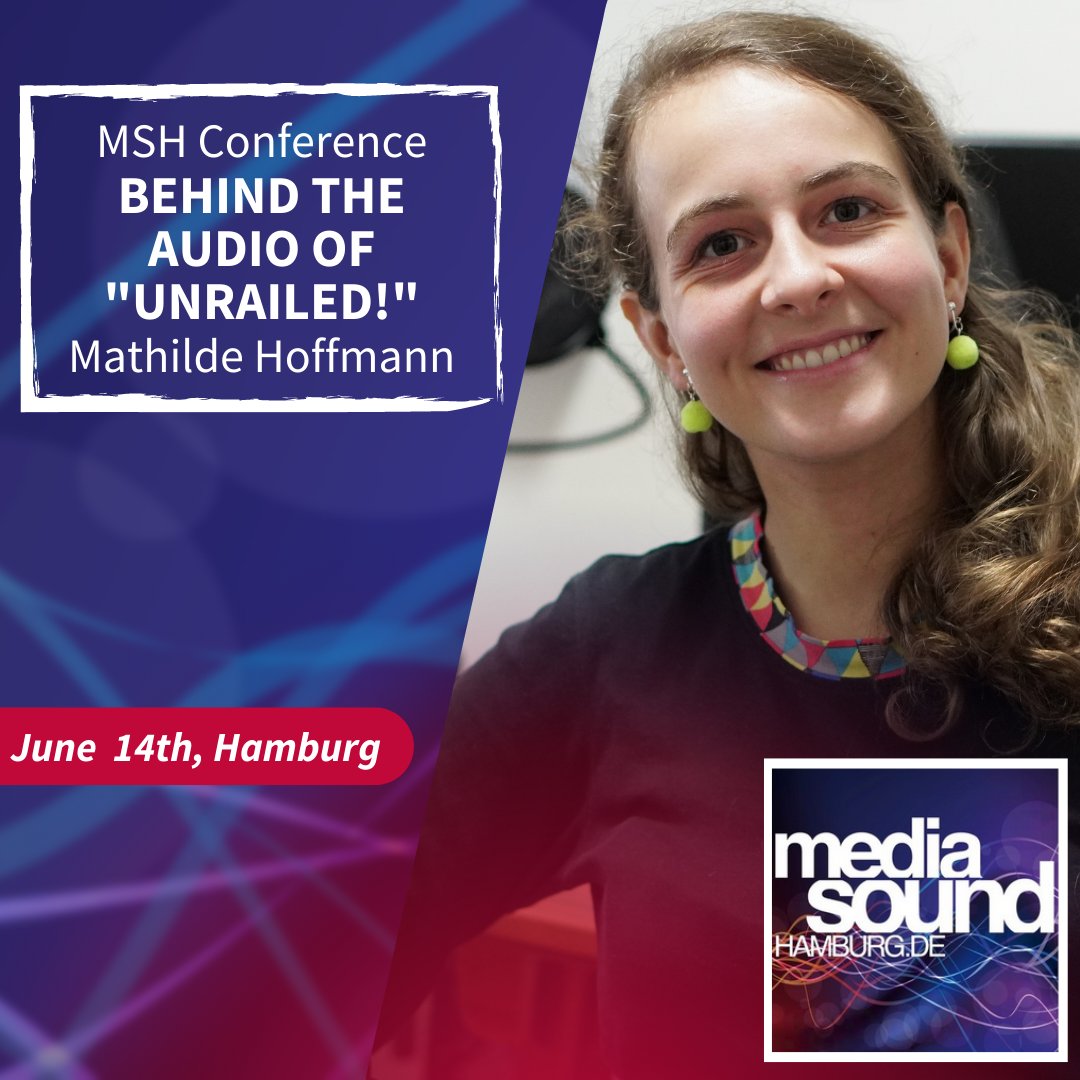 Osmotic Studios · 3 months ago
@osmoticstudios
Investigators, the Orwell software is available at a steeply reduced price for the event codenamed LudoNarraCon!

Osmotic Studios · 4 months ago
@osmoticstudios
Together with @THREAKS, @daedalic and other awesome #gamedevs from Hamburg we set up a Steam bundle in support of #Ukraine 🇺🇦. All net proceeds will be donated to humanitarian aid. More info: https://t.co/QKg9qPwDhX